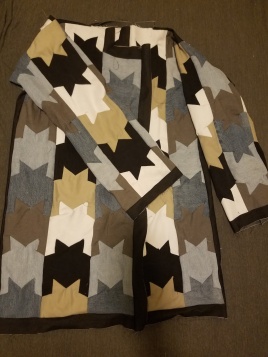 In 2017, I planned to participate in Seattle Chance Fashion’s Alternative & Clubwear fashion show but miscommunications led to forfeiting my slot in their show. I halted all production on my garments and went on hiatus. Now I’m finishing my collection through collaborative work with my talented circle of friends.

The first piece is an Upcycled Denim Trench Dress. I wanted to take something familiarity of a denim jacket and twist your expectations. I became fixated with the idea of a trench dress but figured a denim trench dress would be too simple (hah!). It seemed natural to elevate the trench dress using patchwork and then my love of houndstooth print took over. 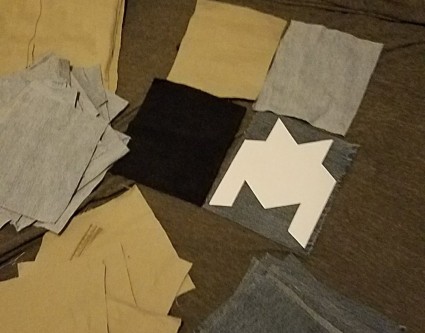 Once the garment was conceptualized, I fished for jeans I didn’t fit or wouldn’t miss. Luckily I found four solid choices of varying colors and hacked them into 75+ squares. I quickly whipped up a houndstooth template made of posterboard to avoid inconsistent pieces and got busy tracing and cutting. 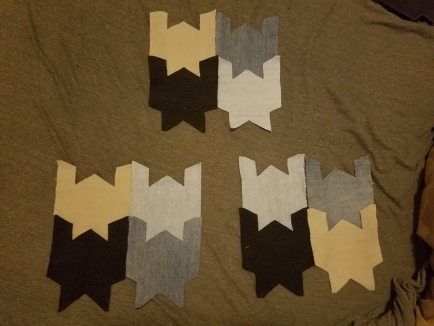 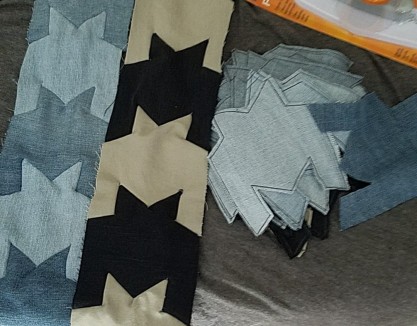 Believe it or not, the most difficult task was deciding on a color palette for this garment. I also thought tracing and cutting was tedious until I realized I’d have to sew this intricate pattern over and over and over. At first it took days to sew two columns (five pieces) but in no time I was sewing three to four columns a day. 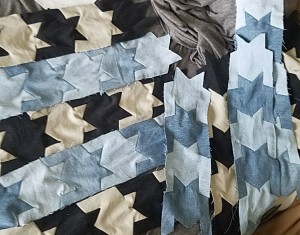 After finishing the columns, I created a muslin template of the trench dress for model fitting (not pictured). The template fit well enough so I deconstructed it, sewed columns into panels aaand realized I didn’t have enough houndstooth pieces. I bought white and gray denim, made new houndstooth pieces, and ripped apart my columns to inserted new colors, creating the garment below: 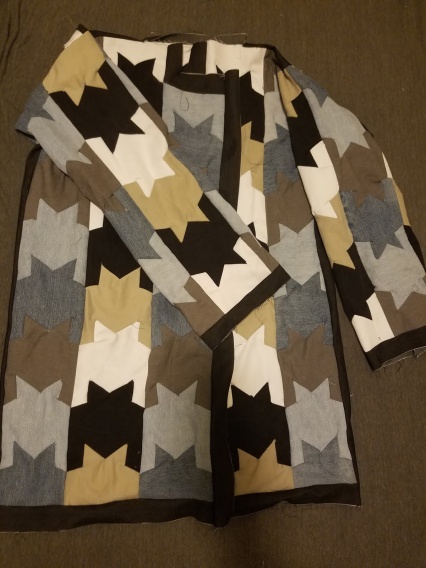 There’s still work to be done – it needs a collar, lining, finished edges, and tailoring – but I’m pretty proud of it so far. I have a photoshoot planned for the finished product so the next time you see the Denim Trench Dress, it will be a fully-executed garment. I’ll try to capture behind-the-scenes video of the photoshoot, too. Like Jesse Spano in Saved By the Bell – I’m so excited!